We talked to Venky Swaminathan, co-founder and chief technology officer for Trilogy Networks, and Nancy Shemwell, chief operations officer for the company, about the partnership and the partners’ plans for supporting precision agriculture.

The partnership aims to address a potential obstacle to the adoption of precision agriculture.

“Even where I have connectivity to the farm, you have to get communications across the farm,” observed Shemwell. This will become increasingly important, she said, as precision agriculture increasingly requires “real-time decision making at the edge.”

The Trilogy Inland Cellular deal aims to provide that ubiquitous farm-wide coverage. It calls for Inland Cellular to offer private wireless to farms in its service area in the northwestern U.S. to blanket the farm with wireless coverage.

Private wireless networks use the same technology as public networks but are for the exclusive use of one company or public entity, or in this case, one farm. Inland Cellular will use licensed and unlicensed CBRS spectrum to support the offering, Swaminathan said. Technologies supported will include cellular technologies such as 4G and 5G, as well as Wi-Fi and LoRaWAN. 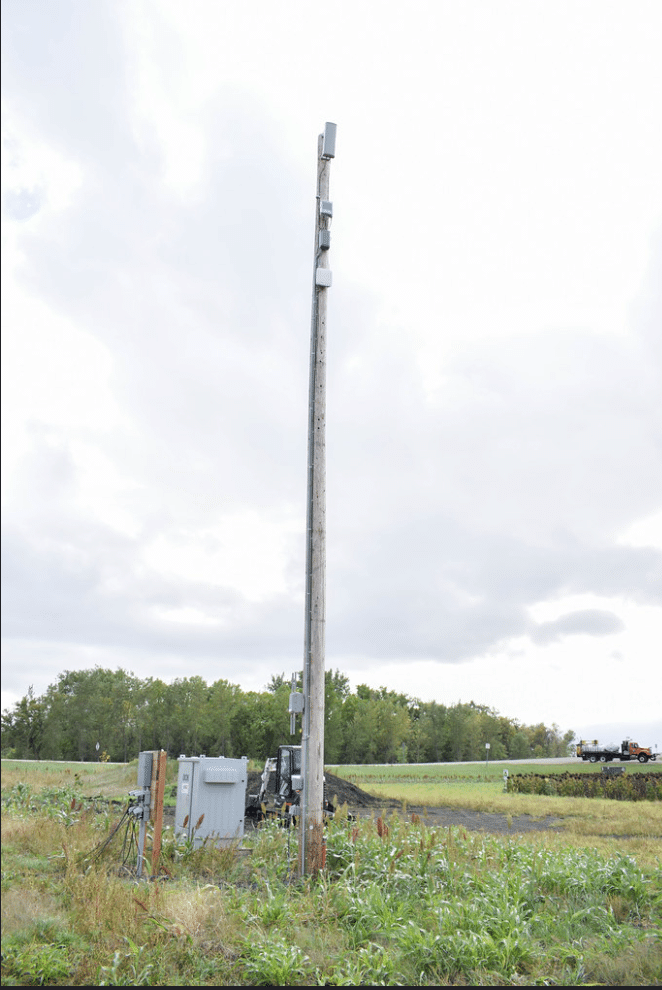 Until now, private wireless networks have been the domain of large corporations or public entities that either build their own networks or purchase those networks as a service from one of the nation’s largest carriers such as AT&T and Verizon. But rural companies like Inland Cellular may be better positioned to provide private wireless networks to support precision agriculture and, as Swaminathan noted, Trilogy wants to establish more relationships like the one it has with Inland Cellular.

In the Inland Cellular Trilogy deployments, data gathered on a farm’s private network using precision agriculture will be sent to edge data centers operated by Trilogy. Connectivity can be via a landline broadband link or via Inland Cellular’s commercial wireless network.

Network connectivity is one of three elements that comprise what Trilogy calls the FarmGrid. The other two elements, which will be provided by Trilogy, are the cloud and an app store.

Moving forward, Trilogy anticipates that some developers of precision agriculture may need the type of infrastructure underlying the Inland Cellular Trilogy deal but may prefer not to have to build and operate that infrastructure.

“As the need for action against data becomes more and more a part of the agricultural industry, we will see pressure from companies that would love to see this type of technology in place,” forecasts Shemwell. “Those partners want the actionable data and may evolve with us.”

Has the Government Caught on to This?

The government has taken an interest in precision agriculture over the last couple of years.

The announcement about the Inland Cellular Trilogy deal came the same week that Telecompetitor covered a report from Benton Institute for Broadband & Society about the need for farm-wide connectivity to support precision agriculture.

Trilogy is an established leader in the emerging edge compute ecosystem with the deployment of distributed cloud installations across the United States. Trilogy recently founded the Rural Cloud Initiative, a coalition of network operators and technology providers committed to promoting and accelerating the digital transformation of rural America. In conjunction with network operators and edge innovation partners, Trilogy is utilizing its LinX™ virtual private network and ConEx service delivery platform to build a unified, distributed cloud capability on a single network fabric to cover 1.5 million square miles. To learn more, please visit ruralcloud.com or trilogynet.com.

INTERNET OF THINGS: IT TAKES TWO (OR MORE) TO TANGO

The Farm of the Future is a Win-Win-Win for Farms, Network Providers and Innovators

The Necessity of Edge in Connecting Rural America

The Power of Interconnectivity